Good Governance of the Security Sector in Turkey

Good Governance of the Security Sector in Turkey

The Centre for European Security Studies (CESS or the Centre) in the Netherlands has conducted three consecutive capacity-building programmes on civil-military relations and good governance of the security sector in Turkey since 2004. This was done in close cooperation with local partners from Ankara and Istanbul and financially supported by the Ministry of Foreign Affairs of the Netherlands. As the last programme, which commenced in 2010, draws to a close, the time has come to reflect on the outcomes of the work of CESS in Turkey.

The first programme, which ran between 2004 and 2006, focused on ‘Governance and the Military: Perspectives for Change in Turkey’, and published its report in a Harmonie Paper of 2006 (named after the main building of Groningen University). Its declared aim was to contribute to an increased understanding in Turkey of the appropriate role of the armed forces in a democracy and thereby to help the country move closer to complying with the EU’s political (Copenhagen) criteria for membership. The Centre is convinced that Turkish membership would benefit Turkey and the EU: anchored in NATO and in the EU, Turkey would be better able to make a geopolitical contribution in a vitally important region of the world. Further, incorporating Turkey, as a secular state and the world’s second-largest democracy with a predominantly Muslim population (after Indonesia), would be a strong affirmation of the EU’s pluralistic values, both internationally and within each member state. The acceptance of shared values would also have a stabilising impact on domestic issues in the West.

The second programme, which was implemented between 2006 and 2009, dealt with the relevance of the Turkish security system to the ongoing negotiations for accession to the EU. The Erdoğan government in its first period introduced impressive reforms, also in the security sphere, which removed civil-military relations from the main subjects of accession negotiations. These instead concentrated on the 33 chapters of the acquis communautaire that had become common practice in previous talks about EU enlargement in general. Nevertheless, without ‘further alignment’ of Turkish and Western practices, the issue of civil-military relations could ultimately become a stumbling block. The second programme ended with the publication of a Harmonie Paper entitled ‘Perceptions and Misperceptions in the EU and Turkey: Stumbling Blocks on the Road to Accession’. Both this paper and the previous one of 2006 aimed at understanding the salient position of Turkey’s military in its politics and society and suggested gradual reforms. Much attention was given to the need for more involvement of parliament in the process of transparency and accountability. In the past, members of the Turkish Grand National Assembly (TGNA), on paper, the principal oversight body for government policy, had shown only limited interest in security sector reform, probably due to the influential role of the army.

Unfortunately, the Cyprus issue would become the real stumbling block after the rejection of the Annan Plan by the Greek Cypriots and the untimely entry of the country into the EU. Moreover, in France and Germany there was little enthusiasm for Turkish entry and the negotiations fizzled out. Understandably, Turkey felt slighted and the accession process stalled. For a short time, its policy of ‘zero problems’ with neighbours seemed successful, but the recent upheaval in the Middle East and the rise of Muslim fundamentalism are likely to make links with the West more important again.

In the second programme, CESS acknowledged the need for more civilian capacity building and included training activities for government officials, academics and civil society representatives. In the third programme, operating between 2010 and 2013, it shifted its focus to enhancing civilian capacity for good governance in the security sector. The target group in this third programme is directed towards parliament (including deputies, but especially staff and advisors), the Court of Accounts, civil servants, academics and representatives of civil society organisations. Thus, the emphasis of CESS’ work in Turkey mirrored the political developments over the period and generally moved from the military side of the civil-military equation to the civilian side. This shift occurred partly because, despite the diligent efforts of Naval Captain Ritske Bloemendaal, retired Netherlands Defence Attaché in Ankara, it proved difficult to engage military officers in CESS’ work. In the first programme the military seemed only to expect an uncritical clarification of their current policies and practices; fortunately, in the next two programmes, several retired military officers assisted in CESS’ efforts. The third report, which is an outcome of the third programme, will be published shortly.

Characteristic of the CESS approach was the emphases on transparency and accountability for all institutions involved. The Centre’s maxim for the government was that it should reveal, explain and justify: reveal its policies and their underlying reasons, explain them to parliament and to the people at large and finally, justify them in parliament and in open public debate. In civil-military relations CESS has advocated a balance of trust, in which the military accepts the primacy of politics and the government takes professional military advice seriously. That remains difficult in Turkey even today, but much has changed, and the significant influence of the military on policy has greatly diminished.

It is an understatement to declare that Turkey has experienced significant political transformations in recent years. The most evident changes in the security sector irrefutably took place in the relationship between civilian and military leadership. Prominent developments that signify this changing relationship are the ongoing Ergenekon and Balyoz cases, in which, respectively, approximately 300 people are being charged with membership in a clandestine terrorist organisation, and in which hundreds of military officers are under indictment for plotting a military coup in 2003. Both these cases and consequent conspiracy theories and coup allegations have hurt the army’s standing; its status as the most trusted institution in the country seems to have been plummeting since 2002.[1]Soner Cagaptay, “The Turkish Military Snaps,” The Washington Institute: Improving the Quality of US Middle East Policy, July 29, 2011, accessed January 23, 2013, http://www.washingtoninstitute.org/policy-analysis/view/the-turkish-military-snaps.

It should be noted, however, that Turkish society is deeply divided about the Ergenekon-Balyoz trials, which is understandable in a country that holds the military profession in high esteem and where a military career was an important means of social mobility. One of the main reasons for the increasing scepticism about the trials directly relates to a prevalent lack of faith in the impartiality of the Turkish justice system. The issue in this respect is not so much that the judiciary is not independent from the government, but that part of the Turkish population does not believe the country possesses an impartial legal system. Without a solid foundation of popular trust the fundamentals of the rule of law will crumble.

Another reason for concern about the trials is the expanding nature of the Ergenekon case especially. After the arrest of senior military officers at the start of the case in 2007, arrests became more widespread in the following years. Nowadays not only are military officers under indictment, but also journalists, academics, civil society representatives and government executives, which spills over into the general domain of human rights.

Another noticeable development that acutely reshuffled civil-military relations was the collective and voluntary resignation of top military officials in July 2011 in protest against the many arrests of senior military officers in the aforementioned cases. This seemed to be a move of last resort by an increasingly powerless and desperate military, who intended to show the government that they could still shake up the political system. However, Prime Minister Erdoğan’s quick response of appointing a new chief of the army rendered this rash move by the military basically ineffective.

Alongside these investigations, trials and resignations, a legislative reform process was instigated ten years ago, which was a significant step in asserting civilian control over the military and which also had a bearing on good governance in the security sector in general. These legislative reforms aimed first at the composition, structure, roles and functions of the National Security Council (NSC), which was until the early 2000s perceived as the platform from where the military wielded its power over politics. As of 2003, the NSC has become again a consultative body instead of the policymaking institution it had been since 1982. Furthermore, since 2004, the secretary general of the NSC has been a civilian instead of a military officer. However, it is important to note that the reforms especially seemed to aim at demilitarising the NSC rather than democratising national security policymaking. The reforms were thus deemed to be a transfer of power from the military to the executive authorities, and most of the policymaking process is still closed to parliament, civil society and the public. There is still not enough debate or media reporting regarding policymaking issues.

A significant legislative development, which is generally supported in Turkey and which will also influence civil-military relations, is the ongoing constitution-making process. The new constitution will replace the one from 1982, which granted military officers a far-reaching mandate to control the political arena and restrained the power of civilian leaders. In itself, the drafting of a new constitution is a positive development, and once in place, the constitution will surely increase Turkey’s prestige and strengthen its role as an actor in the international arena.

Nevertheless, the lack of transparency in the constitution-making process remains cause for concern. To generate public confidence and political legitimacy it would have been better if the authorities had kept Turkish society informed throughout the drafting process. Following the initial meetings of the parliamentary commission that is drafting the constitution, transcripts of the proceedings were released, but no new transcripts have published for more than a year now.[2]Ozan Varol, “Constitution-making in Turkey: Towards a Presidential System?” I-Connect: Blog of the International Journal of Constitutional Law and ConstitutionMaking.org, December 3, 2012, accessed January 9, 2013, http://www.iconnectblog.com/2012/12/constitution-making-in-turkey-towards-a-presidential-system/.A lack of transparency by means of regular updates could be fertile ground for the conspiracy theories that Turkish society has always been prone to. In the end, the credibility of the commission and the constitution it produces would be best served by an open drafting process.

Yet another legislative development that has received wide attention in the third CESS programme is parliamentary financial control of the defence sector. Legislation has been put in place for members of parliament and the Court of Accounts to be able to assert their right to control defence and military spending. As recent deliberations on the defence budget in the TGNA have again pointed out, however, parliamentarians do not make sufficient use of that right. Therefore, it seems urgent to increase knowledge and expertise on defence and security matters within these institutes, and to train their administrative cadres, i.e. staff and advisors, accordingly.

Further to this education, a culture of accountability should be promoted, requesting proactive reporting by the government about its policy and spending. Up to now, the government has apparently only been providing explanations after money has been spent, particularly when it relates to large investments in infrastructure, communications and military equipment. A critical parliament and an active civil society are necessary to pursue transparency and accountability.

Reducing the political influence of the army was an unambiguous move towards firm civilian control of the security sector, thereby aligning Turkey with practices in other NATO countries. The Turkish government seems to have achieved this goal, and deserves praise and encouragement for it; however, this does not automatically mean that control of the security sector in Turkey is becoming more democratic. Even admitting that democracy can take many forms, both in electoral systems and parliamentary practices, it is clear that challenges remain in this globalising world, for Turkey and for its partners. It has been a privilege for CESS to be allowed to contribute to the definition of these challenges. Its cooperation with many Turkish institutions has been a rewarding experience for all involved. 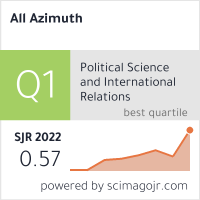